Chief James F. Blair reports that over the last 72-hour period the Morgan City Police Department responded 144 to calls for service. The following person(s) were arrested as a result beginning on 09/06/2019: 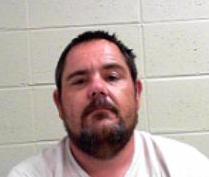 An officer in the area of the Hwy 90 and Hwy 182 insection saw a vehicle turn without using a signal and then drive in both lanes of the roadway.  The officer stopped the vehicle and identified the driver as Tracy Vidos III.  During the stop, the officer obtained consent to search the vehicle and located suspected methamphetamine.  Vidos admitted to the officer that the suspected methamphetamine was his.  Vidos was placed under arrest and transported to the Morgan City Police Department for booking.

Charges: Domestic Abuse Battery
Fraudulent use of an Identification Card

Officers were called to an Idaho St. residence due to a battery that had taken place.  Officers also learned that the suspect had run from the scene before they arrived.  They were able to locate a subject near the area and identified him as Daniel Espinoza , he brought him back to the scene where he was identified as the suspect.  Espinoza then gave officers a Texas ID card which was found to be fake.  Espinoza was placed under arrest and transported to the Morgan City Police Department for booking. 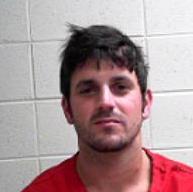 Charges:   Speeding
Reckless Operation of a Vehicle
Vehicle without Required Equipment or unsafe
Aggravated Flight from an Officer
No Drivers license on persons
No Motorcycle Endorsement
Resisting an Officer

An officer patrolling US Hwy 90 saw a motorcycle traveling at what appeared at an extremely high rate of speed.  The officer activated his radar which showed the motorcycle traveling at 103 mph.    The officer attempted to catch the motorcycle calling for assistance from other agencies.  The driver of the motorcycle then passed a St. Mary Sheriff’s deputy who joined the chase.  The driver turned into a residential area and pulled into a driveway at which time he dropped the motorcycle and ran on foot.  Officers from the Patterson Police Department helping in the chase caught the driver as he attempted to enter a wooded area.  The driver identified as Nicholas LeBlanc was placed under arrest.  LeBlanc was found not to have his drivers license on his person, nor did he have a motorcycle endorsement.  The motorcycle was found to have unsafe equipment which resulted in the additional charges.  LeBlanc was transported to the Morgan City Police Department for booking.